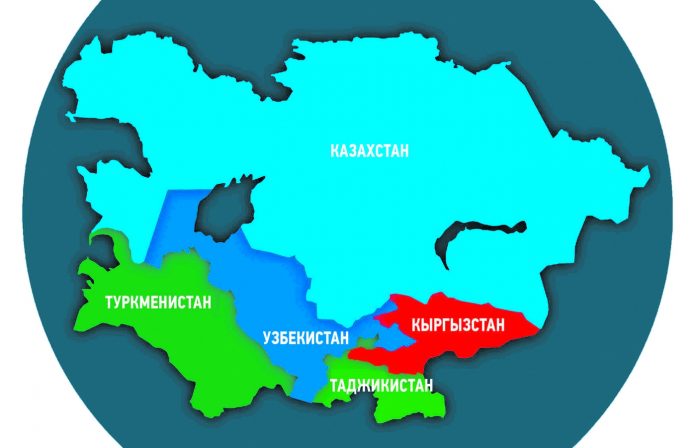 What started as a business idea back in 2016 is now one of the leading small and medium enterprise producers and exporters of dry and dried produce in Uzbekistan. Akram, the young entrepreneur behind this success story is just one of many examples where four international agencies have made a lasting impact in Central Asia, as the 2019/2020 joint-agency economic and social impact result assessment revealed.

For the past five years, the United Nations Economic Commission for Europe (UNECE), United Nations Development Programme (UNDP), Deutsche Gesellschaft für Internationale Zusammenarbeit (GIZ) and Hilfswerk International (HWI) helped Central Asia transition to more sustainable production patterns and food supply chains for better quality products, increased incomes and new market access. Particular focus was given to the most vulnerable – the many women in informal employment, young entrepreneurs and local communities. While all agencies had noted significant changes as a result of the coordinated efforts, the joint agency impact assessment provided more than just survey results – it demonstrated important milestones reached and their impact on people’s lives.

The survey results highlighted significantly improved quality of the produce and greater SME competitiveness as an immediate result of the inter-agency sponsored training and interventions. The trainings helped local producers’ integration into domestic and international markets. Akram, for example, saw a steep increase in his company’s revenue, in new sales contracts and destinations and above all – an expansion of his business. This meant nearly 20 additional employees in one year, signifying greater and more stable employment opportunities and increasing participation in the agriculture economy, especially for women, who are often informally employed. Moreover, his dedication and hard work, as well as the growth made his company eligible for funding and loans from international donors and development banks, including the United States Agency for International Development (USAID) and the European Bank for Reconstruction and Development (EBRD). This helped further expand business opportunities into markets in Europe and the Russian Federation, build a new factory as well as allowed for the purchase of modern equipment. His success highlights the importance of entrepreneurs that are willing to work on ensuring better standards and quality of their production.

This is the story of just one of the over 500 participants trained in the past years by UNECE, UNDP, GIZ and HWI on agri-standards, as well as the implementation of UNECE agriculture quality standards. Akram is also one of the 90% of the cases, where the UNECE, UNDP, GIZ and HWI training contributed to positive changes for the agriproduct processors and producers in Kyrgyzstan, Tajikistan, Uzbekistan and Kazakhstan through better quality control in companies, and improved quality of the produce. This led to increased sales and export contracts, new export destinations in, for example, the European Union and the Russian Federation and increased employment opportunities, particularly for women. The work around the Central Asian Working Group, where Central Asian public and private experts supported by all four agencies worked on standards, strategies and networking supported better cross-border networks in the entire Central Asian region. For the public sector, UNECE with its partners at country levels fostered the implementation and use of international standards, aided in the preparation of training material in national languages, helped multiply national and regional cooperation and supported the countries’ diversification of export destination.

The impact assessment has proved essential to understanding where the interagency efforts of the past years made a real difference to the livelihoods and contributed to promoting the export of agricultural product and policy reforms, such as the use of international standards in one of Central Asian’s most important sectors – agriculture. It also helped identify longer-term needs to pave the way ahead. One of the most efficient vehicles highlighted by nearly 80% of respondents was the aforementioned Central Asian Working Group, and its valuable role in building sustainable regional trade relations as well as indirectly contributing to peacebuilding efforts in the region. Lessons learned from this impact assessment will feed into further support UNECE are granting to agri-food SMEs in Central Asia as part of the United Nation’s broader COVID-response support initiative.

A series of joint capacity-building activities for public and private sector representatives of Central Asian countries including Kazakhstan, Kyrgyzstan, Tajikistan and Uzbekistan were conducted in Tashkent (Uzbekistan), Izmir (Turkey) and Geneva (Switzerland) under various UNECE and donor-funded projects.