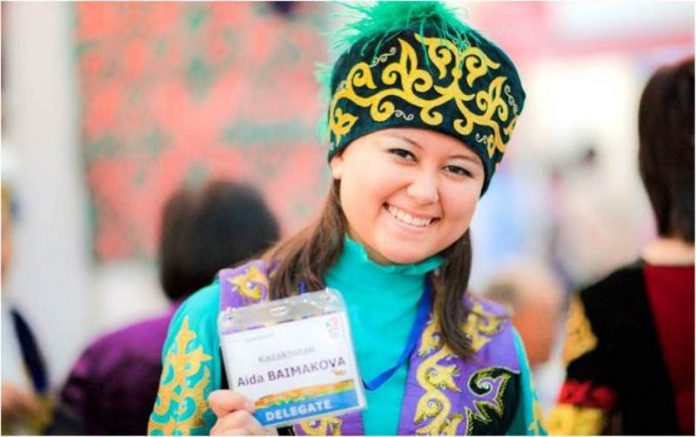 In 2013, I applied for and received an invitation to participate in the international meeting of the Slow Food movement in South Korea. By 2014, we had created a youth movement in Kazakhstan. In the countries of Central Asia alone, the number of activists now exceeds one thousand.

Today’s world is full of contradictions. On the one hand, globalization blurs national borders – geographic and political – bringing people closer. On the other, it leads to uniformity of food products and the use of various additives, which negatively affect people’s health. By adhering to traditional values, the world would regain balance, and we would use national resources more rationally.

As for Central Asia, the idea of tasty, clean and honest food can bring our countries closer. By combining our efforts, we can more effectively oppose pesticides, GMOs and various chemicals in agriculture. Central Asia can make an invaluable contribution to the conservation of biodiversity and gastronomic diversity on the planet.

Once upon a time our countries were linked by the Great Silk Road, and now our activists are proposing to create a Great Gastronomic Road in Central Asia.

“Once upon a time our countries were linked by the Great Silk Road, and now our activists are proposing to create a Great Gastronomic Road in Central Asia.”

More than 60 species of mulberry trees grow in the Badakhshan Mountains, at an altitude of 1100-2400 meters above sea level. This allows residents of remote Tajik villages to get the necessary nutrients and vitamins in places where traditional grains, fruits and vegetables do not grow.

With its large wild almond forests, the Bostanlyk district of Uzbekistan in the western part of the Tien Shan Mountains ranks first in the country for almond production. Almonds from Bostanlyk will be a key ingredient in the tasting of “Sweets from almonds: from Asia to the Mediterranean.”

The dried “Hungarian” plum from Kyrgyzstan, as well as “Aport” apples from Kazakhstan, will also be presented.

FAO has been cooperating with the Slow Food movement since 2013. Highlighting the value of local foods and neglected food crops is one objective of the partnership. Others include improved market access for small producers, conservation and use of biodiversity, reduced food losses and food waste, and better animal welfare. The views of the interviewee may not be representative of FAO policy positions.