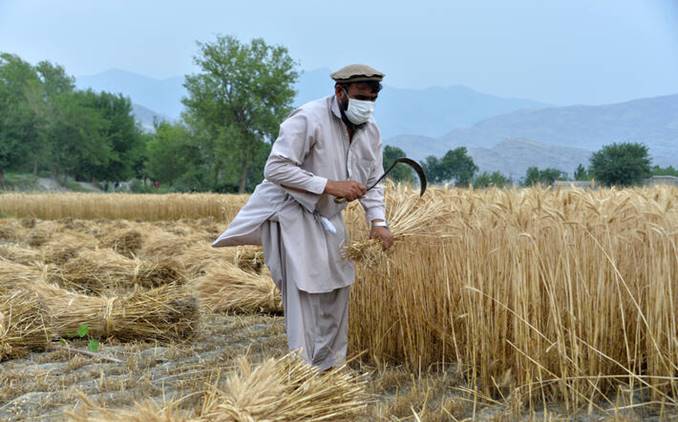 30 August 2021, Kabul/Rome – The Food and Agriculture Organization of the United Nations (FAO) has appealed for humanitarian assistance to be scaled up as Afghanistan continues to be hit hard by an ever-worsening drought that threatens the livelihoods of more than 7 million people who rely on agriculture or livestock.

Many of these people are already among the 14 million people – one in three Afghans – who are acutely food insecure and need urgent humanitarian assistance.

“Farmers and livestock owners must not be forgotten in today’s humanitarian crisis,” said FAO Director-General, QU Dongyu.  “Urgent agricultural support now is key to counter the impact of the drought and a worsening situation in Afghanistan’s vast rural areas in the weeks and months ahead.”

The combination of severe drought, COVID-19 related economic impacts and widespread displacement have hit Afghanistan’s rural communities hard, particularly its farmers and herders, who are the backbone of the country’s economy. Food production and agricultural livelihoods are under extreme pressure.

“If we fail to assist the people most affected by the acute drought, large numbers will be forced to abandon their farms and be displaced in certain areas,” the Director-General added. “This threatens to further deepen food insecurity and poses yet another threat to the stability of Afghanistan.”

FAO aims to assist 250 000 vulnerable farming families – some 1.5 million people – for the upcoming winter wheat season. Planting begins in late September and runs into October in many areas.  However, current funding will only enable FAO to support 110 000 families. There is a funding shortfall of USD 18 million in support for FAO’s Drought Response Plan in Afghanistan.

“The window of opportunity to provide this assistance is closing quickly.  We must act before it is too late,” said Richard Trenchard, FAO’s Representative in Afghanistan.  “If farmers cannot get the seeds they urgently need by the end of September or early October, then the winter wheat season will fail. This will be a disaster for millions of Afghans, both farmers and consumers.”

“FAO and its partners are already supporting millions of rural people. But far more needs to be done,” Trenchard added.

With the current harvest expected to be 20 percent below the 2020 harvest and 15 percent below average due to the acute drought, the next winter wheat planting season will be crucial to prevent a further deterioration in the country’s food security, and to protect agricultural livelihoods, the mainstay of millions of people across the country.

Afghanistan’s important cereal important requirements – mainly wheat and flour – are already projected to be some 28 percent higher than last year at 3.6 million tonnes. There are also concerns that traditional government seed distribution systems may have been severely affected by the recent crisis, piling up the pressures on Afghanistan’s already hard-hit farmers.

“This next winter wheat season is a tipping point. If we miss it, disaster looms,” Trenchard said.

The impact of drought on livestock

FAO’s assessment shows that a high percentage of marginal herders and livestock owners are at a crucial stage and unless they are supported, they may have no other option than to sell their livestock holdings due to increased fodder/feed prices and also be displaced.

The long-term outlook is also challenging as farmers and herders, affected by drought, typically need three to five years to recover fully, according to recent FAO research. Another difficult wheat season will hit them hard.

Despite the funding gap and the difficult circumstances, FAO is committed to serving the people of Afghanistan and still aims to assist 3.5 million people in Afghanistan in 2021 according to its Humanitarian Response Plan. Through its anticipatory work early this year the UN organization has been able to raise the alarm about the severe drought working with vulnerable farmers and their families.

“Thanks to our partners who heeded this warning, we have been able to support over one million vulnerable people across 30 provinces with time-critical agricultural inputs, livestock feed, agronomic training, and cash-based assistance so far in 2021,” said Kaustubh Devale, Head of FAO’s Emergency and Resilience Programme in Afghanistan.

FAO’s cash assistance programmes are also supporting the most vulnerable families headed by women, people with disabilities or elderly in rural areas. The provision of unconditional cash transfers help to cover the most immediate food and basic needs.