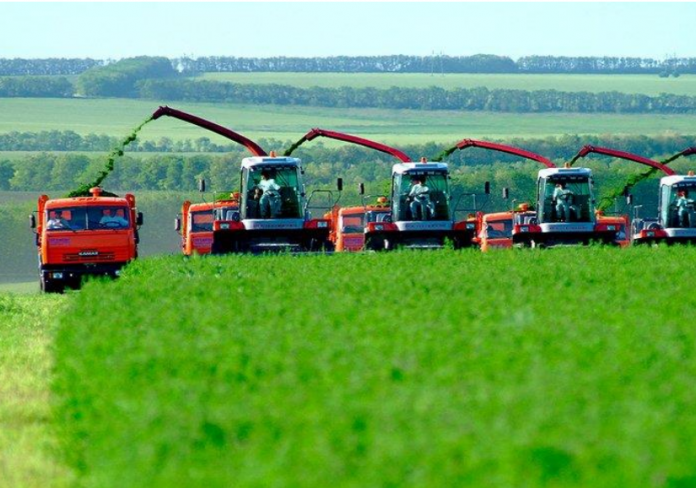 The agro-industrial cluster is one of the vital sectors that were analyzed along with other fields, and this reform is already on the realization phase.

Formation and development of clusters in the agricultural sector is one of the ways to improve the well-being of the population. In contributes to balanced economic  development, increasing the competitiveness of the national economy, and the expansion of the transition process of the country’s economy from the agrarian-industrial form to the industrial-agricultural one.

As the successful experience of developed countries shows, key objectives in agriculture: expansion of mutually beneficial cooperation between producers, suppliers and exporters of agricultural products, the provision of mechanical services, mineral fertilizers, land and garden cultivation, cooperation between scientific institutions and manufacturers, finding financial resources for the introduction of modern intensive and innovative technologies, the development of logistics and transport infrastructure, can be achieved through the development of clusters in the agricultural sector, where the cooperation between the parties within the value chain of products is important.

To achieve the development of the agro-industrial cluster, an important role is played by creation of a system of mutual activities of the state and the private sector, the implementation of scientific achievements based on the effective use of innovative development.

Process and promotion of the issue:

Given the importance of this issue, the President of the Republic of Tajikistan, Leader of the 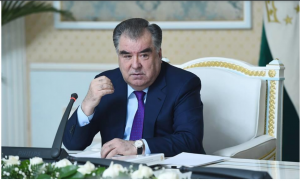 Nation, Chairman of the Consultative Council, His Excellency Emomali Rahmon, had instructed to consider the issue of formation and development of agro-industrial clusters
and submit comprehensive recommendations to the next meeting of the Council, at the XIX Session of the Consultative Council on improvement of investment climate under the President of the Republic of Tajikistan on 20 February 2019.

At the same time, the implementation of the above-mentioned goals is carried out in accordance with the National Development Strategy for the period up to 2030 and the Action Plan for the third stage of implementation of the State Support Program for Entrepreneurship in the Republic of Tajikistan for 2012-2020, approved by the Government of the Republic of Tajikistan on April 28, 2018.

In accordance with item 7 of Minutes of the XIX Consultative Council Session dated 20 February 2019, the draft of “Concept of Formation and Development of Agro-industrial Clusters in the Republic of Tajikistan until year 2040” was developed within the framework of the inter-ministerial working group.

On 12 February 2020, the XX Session of the Consultative Council was held under the chairmanship of the Leader of the Nation, the President of the Republic of Tajikistan, the Chairman of the Council, His Excellency Emomali Rahmon and a draft Concept was presented during this Session. 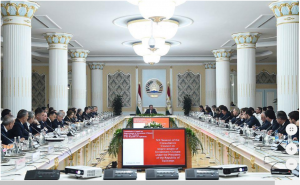 Agricultural clustering in the Republic of Tajikistan will be carried out with state support, including the adoption of normative legal acts, the attraction of investment, and provision of fiscal benefits. It is being carried out in four stages.

The effective implementation of the Concept of formation and development of agroindustrial clusters in the Republic of Tajikistan until year 2040 and other documents adopted in this direction will contribute to ensuring cluster development in the country.