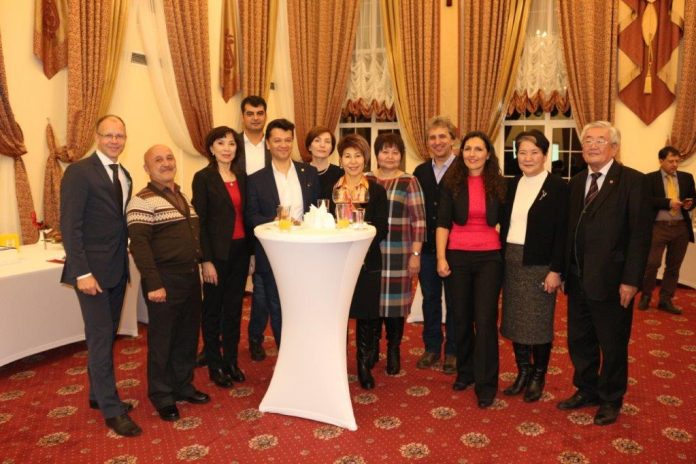 Since 2008 Hilfswerk International has been working with its regional partners to create a favourable investment climate in the region, to strengthen the role and capacities of business intermediary organisations, boost the growth of export-oriented food production and processing SMEs, and foster the cooperation among business, public institutions and research and education institutions in the region.

Increasing the quality and food safety of fresh and processed fruits and vegetables is an important measure to achieve the integration of Central Asian businesses into a global market. Capacity building for business intermediary organizations and creating an informed and influential network of Central Asian stakeholders and researchers further promoted this mission.

The project activities were developed and implemented in compliance with the priorities of the national development strategies of the countries involved. They reflect the ongoing commitment of Hilfswerk International to facilitate sustainable development all around the world.  Regional stakeholders were supported to live up to their potential to create a better future for Central Asia- thus promoting „help to selfhelp“ in the entire region.

The Austrian Ambassador, his Excellency Mr. Gerhard Sailler pointed out to the successful work of Hilfswerk International in the region and its neighboring countries and wished continued success to the effort of developing the region.

The Head of the Hilfswerk International mission in Central Asia Umed Aslanov, in turn, stressed the particular importance of improving the quality of services and products aimed at supporting small and medium-sized enterprises, as well as activating the sector for processing and packaging fruits and vegetables, which has been successfully implemented thanks to the cooperation of Hilfswerk International with specialists in the regions.

The representative of the Association of Fruit and Vegetable Enterprises in Kyrgyzstan, Dilara Alimzhanova, as well as many other representatives of the partner NGOs, thanked the Hilfswerk International team for motivating and inspiring new work results.

The Hilfswerk International team is already planning its future engagement in Central Asia aiming at expanding and simultaneously consolidating the results of their yearlong efforts in the region.

Hilfswerk International is one of Austria’s leading organisations for development cooperation and humanitarian aid worldwide. We assist children and adults in need through efficient emergency aid, reconstruction and sustainable development approaches, including community innovation, value chains, integrative training and psycho-social support. The empowerment of girls and women is just as important to us as the economic development of families and the inclusion of children with disabilities and other disadvantaged groups.

Our goal is to help people to unfold and use their own potential. Empowerment, international know-how transfer at eye level and capacity building are the basis of our work.

Hilfswerk International provides disaster relief, reconstruction and effective development cooperation around the world. Our focus is on the people, their health, the improvement of their living conditions and the promotion of families – especially children. We know the challenges in our project countries and work closely with local partners and authorities. Our structure and experience allow us to respond quickly to current disasters and provide effective efficient help.