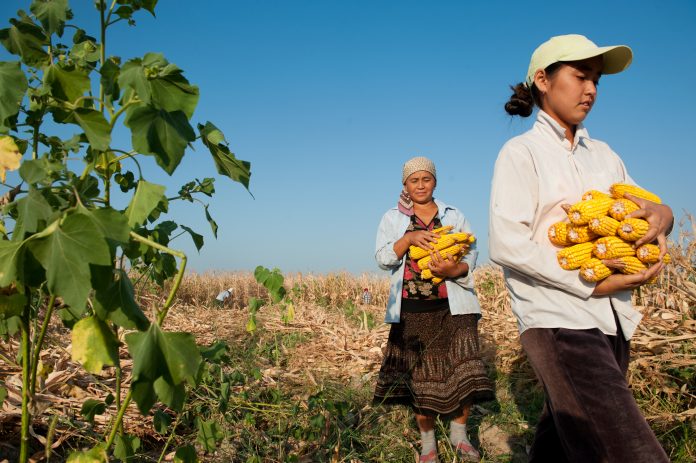 More than a matter of human rights, gender equality in agriculture is key to eliminating poverty and hunger. Only by closing the gender gap can sustainable agriculture and rural development reach their full potential.

What does it take to achieve this? A newly published FAO study uses five European countries as examples to present the factors crucial to reaching gender equality in agriculture. From ensuring the visibility of women’s contributions to agriculture to building capacities within ministries responsible for food security, agriculture and rural development, the process requires interventions at all levels.

FAO’s new publication “What gender mainstreaming in agriculture means in practice” underpins these elements and more with case studies from Austria, Hungary, Slovenia, Spain and the United Kingdom (Northern Ireland). Gender equality has been a core principle of the European Union since its founding, and it is also incorporated in the Common Agricultural Policy, or CAP.

“Providing food by cultivating fields and caring for livestock is a joint effort of both men and women,” said Vladimir Rakhmanin, FAO Assistant Director-General and Regional Representative for Europe and Central Asia. “Therefore, both sexes should enjoy the same level of recognition and treatment for this.”

Generating change will require political will and a supporting legislative environment at national and European levels.

Women contribute in many ways to the plant production, livestock, fisheries and aquaculture sectors. They work on family farms, they are employees in agro-holdings, and independent entrepreneurs. Still, their input is not considered to be economically productive work – often not even by the women themselves. They earn less than men, and their voices are not equally represented in rural development decision-making.

As one way of addressing this, all countries reflected in the FAO publication promote successful and innovative rural farm women with awards for excellent contributions to agriculture. Whether given by a governmental or a non-governmental body, an award of excellence helps ensure visibility for the work of women in agriculture while promoting social inclusion and contributing to the elimination of gender-based stereotypes.

To raise awareness around these issues internally, one common solution is to establish working groups within line ministries. Austria is a leading example. Established in 2002, its working group for gender mainstreaming has developed a gender strategy implemented through various government initiatives.

Gender-responsive budgeting is another key tool in Austria, and in Spain as well, ensuring that gender dimensions are considered at all levels of budget management. In Spain and Austria, budgeting includes systematic and regular screenings of activities and plans, together with gender impact assessments. Northern Ireland has implemented a separate, well-established system that also is presented in detail in the FAO publication.

In its look at Spain, the publication highlights that country’s national network of women in fisheries, established in 2010 to ensure the legal and formal recognition of their contributions. This network of women fishers’ organizations has become part of Spain’s social protection schemes and might be broadened to the European level.

One purpose of the document is to highlight programmes and practices that could be implemented throughout Europe and beyond.

“These practices have great potential for other non-EU countries in the region of Europe and Central Asia,” Rakhmanin added, “and FAO is currently working on their replicability.”