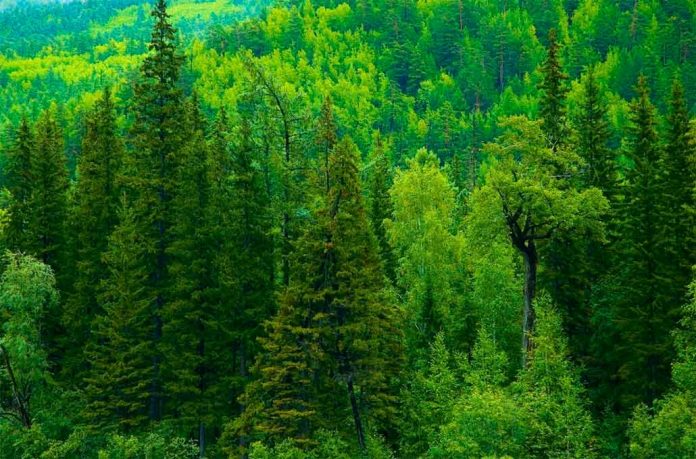 Time is running out for the world’s forests, whose total area is shrinking by the day, warns a new FAO report urging governments to foster an all-inclusive approach to benefit both trees and those who rely on them.

Halting deforestation, managing forests sustainably, restoring degraded forests and adding to worldwide tree cover all require actions to avoid potentially damaging consequences for the planet and its people, according to The State of the World’s Forests 2018.

Forests and trees contribute far more to human livelihoods than is commonly known, playing crucial roles in food security, drinking water, renewable energy and rural economies.  They provide around 20 percent of income for rural households in developing countries – notably more in many areas – and fuel for cooking and heating for one in every three people around the world.

“Forests are critical to livelihoods” said FAO Director-General José Graziano da Silva. “Healthy and productive forests are essential to sustainable agriculture and we have proof of the significance of forests and trees for the quality of water, for contributing to the energy needs of the future, and for designing sustainable, healthy cities.”

This year’s report documents just how essential forests are for 2030 Agenda objectives ranging from tackling climate change to conserving biodiversity, reducing inequalities and improving urban habitats. It offers concrete proof of the multiple contributions forests make and maps pathways for them to do more.

“Trees and forests contribute to achieving multiple targets across the 2030 Agenda and need to be incorporated into strategies to achieve the Sustainable Development Goals,” said FAO Forestry Director Eva Mueller.

This year’s report documents just how essential forests are for SDG objectives ranging from tackling climate change to assuring drinking water and improving urban habitats. It offers concrete proof of the multiple contributions forests make and maps pathways for them to do more.

The report emphasizes the importance of clear legal frameworks regarding forest tenure rights, applauds the growing trend in local governance, and calls for effective partnerships and private sector engagement to pursue sustainable goals. Given that deforestation is the second leading cause of climate change after burning fossil fuels, it notes that “corporate responsibility for zero deforestation is key.”

While there is much work to be done, the publication points to numerous examples that indicate growing awareness and a gradual increase in sustainable practices regarding the world’s forests and trees.

For example, more than 56 percent of paper is recycled today, up from less than a quarter in 1970. Meanwhile, using discarded materials to make wood panels for construction has allowed production to grow four times faster than fresh timber requirements over the past two decades.

Healthy forests and trees do far more than provide lumber. One in five people around the world count on non-wood forest products (NWFP) for food, income and nutritional diversity, the mainstays of human life. That is especially important for the estimated 250 million people – mostly in Africa and Asia and comprising around 40 percent of the extreme rural poor – who live in forests and savannah areas that are “hotspots for poverty” across the tropics.

Studies show that a large number of households in tropical areas collect forest foods for their own consumption, frequently bringing in more than they produce from agriculture or raising livestock. Even in prosperous Europe, one in four people gather food directly from forests – and, including fruit and berries, 90 percent of people purchase them.

Around one-third of smallholder farmers in Africa cultivate trees on their land, and derive around one-sixth of their gross income from them in various ways, on top of added benefits ranging from soil fertility to shade from the sun.

Globally, income generated from NWFPs amounts to $88 billion, but the real figure is likely much higher. Research in Uganda found that the non-cash value of forest products – in this case including charcoal and building materials – was two to four times higher for the local population than the cash raised by their sale.

Forests also help people buy food by boosting their income. The sector is estimated to account for more than 45 million jobs and $580 billion in labour income each year, without considering what is understood to be a very large informal sector.

Policy-makers should aim to shift more forestry jobs into the formal sector.

“To reach those furthest behind first, we must go down the forest path and empower agents of change,” Mueller said, hailing a global trend in devolving forestry rights from national governments to local and community-based tenure.

A natural ally for water and energy needs

Sustainable forest management is an imperative for the world’s water and energy needs, the report emphasizes.

Large cities such as Vienna, Tokyo, Johannesburg and Bogota all obtain significant amounts of their drinking water from protected forests. 180 million people in the United States of America rely on forests for their drinking water, according to that country’s Forestry Service.

While many of the world’s major watersheds have lost tree cover, the report notes a worldwide increase over the past 25 years in the forest areas now managed for soil and water conservation.

Wood fuel accounts for as much of the world’s renewable energy supply as solar, hydroelectric and wind power combined – and more than half of the national primary energy supply requirements for 29 countries, most of them in sub-Saharan Africa. That forests contain the equivalent of 142 billion tonnes of oil, roughly 10 times the annual global primary energy consumption, underscores their value and the need for their sustainable use.

The State of the World’s Forests 2018 report has been crafted with an eye to the High-Level Political Forum on Sustainable Development meeting in New York from 9 July onwards. In this context it will be presented at a special event of the United Nations Forum on Forests.