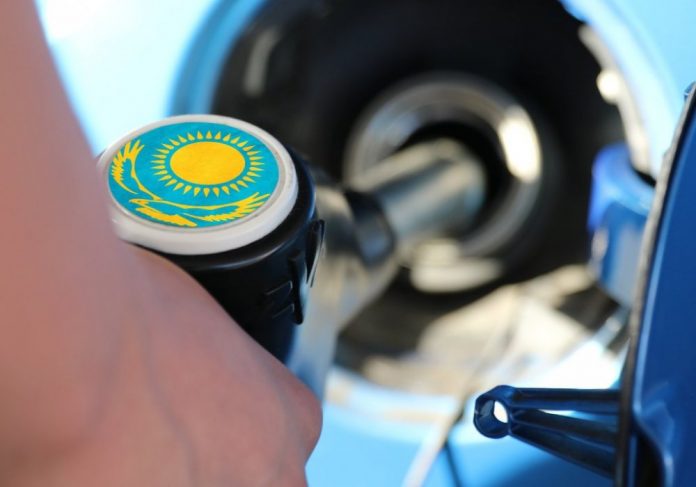 Deputy head of the Board of KazMunayGaz, Daniyar Tiyesov, says Kazakhstan should sign appropriate government-to-government agreements with neighboring countries.

Kazakhstan has three major oil refineries: Atyrau, Shymkent and Pavlodar.  Pavlodar refinery has already completed its modernization program.  Atyrau refinery plans to launch new units by June, while Shymkent is expected to wrap up a modernization in September.  The refining capacity of all the three plants will increase from 13.8 to 16.5 million tons after modernization of the refinery completes.  The refineries plan to increase their oil products throughput to 15.3 million tons this year, from 14.2 million tons last year, according to Turkmenistan’s Orient.  Therefore, Kazakh oil refiners are afraid that at this rate, by October this year, there will be no place to store produced gasoline.

Orient reports that the procedure to sell gasoline abroad is not easy.  There is a ban on export of light oil products, including gasoline up to January 1, 2019.  This is due to the government-to-government agreement with Russia, according to which, Kazakhstan, importing duty-free Russian gasoline and diesel fuel, has pledged not to export light oil products. Thus, the Ministry of Energy of Kazakhstan need to negotiate with Russia a temporary ban on gasoline imports.

Meanwhile, Tajikistan can receive up to one million of duty-free gasoline per year from the Russian Federation;

Tajikistan was exempted from paying Russian tariffs on oil and gas exports from 1995-2010 and Russia cancelled Tajikistan’s tax exemption on May 1, 2010 that resulted in gasoline prices rising in the country.

The agreement on duty-free Russian oil product deliveries to Tajikistan was signed between the governments of Russia and Tajikistan in Moscow on February 6, 2013.

Russian oil products delivered to Tajikistan in the volumes not exceeding those agreed on indicative balance are not subject to re-export to the third countries.

Tajikistan’s annual requirements in gasoline reportedly do not exceed 200,000 tons.

According to the Antimonopoly Agency under the Government of Tajikistan, the country has imported some 73,000 tons of gasoline over the first five months of this year, which was 5,000 tons fewer than in the same period last year.