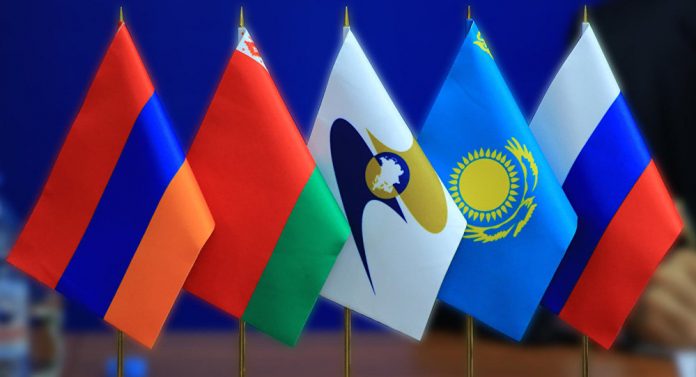 Tajikistan’s producers are not yet ready to manufacture goods that would meet standards of a common market of the Eurasian Economic Union (EAEU) and withstand competition, Abdurahmon Karimzoda, the first deputy head of the Customs Service under the Government of Tajikistan, told reporters in Dushanbe on January 17.

“Before joining any association it is necessary to thoroughly study conditions and rules existing in it.  The EAEU has its norms and standards and we must know what product we could offer to this market.  I doubt, for example, that our farm produce meets standards of this market.  We are not yet ready to manufacture goods that would meet standards of the EAEU,” Karimzoda noted.

Besides, we do not yet know what benefit we can get from joining the Eurasian Economic Union, Tajik official said.

“However, we are studying the issue of joining the EAEU.  First of all, we are studying experience of Kyrgyzstan and Armenia because their economies are closer to our economy than the economies of Russia, Belarus and Kazakhstan,” Karimzoda added

Recall, Khudoberdi Kholiqnazar, the director of the Center for Strategic Studies under the President of Tajikistan, also noted on January 9 that Tajikistan can join the EAEU only after the thorough study of experience of neighboring countries that have joined the EAUE.

The head of Tajik think tank further added that Tajikistan was still at the stage of consideration of that issue.

The head of the Customs Service under the Government of Tajikistan, Abdufattoh Ghoib told reporters in Dushanbe on July 19, 2016 that they had been studying the issue of entry and “The working group has prepared all necessary materials and submitted them for consideration to the government.”

Earlier in July, Leonid Slutsky, a member of the Russian State Duma — chairman of the Committee on the Commonwealth of Independent States, Eurasian Integration, and Links with Compatriots — said that Tajikistan would soon announce its intention to join the EAEU.  Slutsky said, “I think Dushanbe will declare its wish within the next year — it [Tajikistan] seeks after this more than any other CIS nation.”

“Countries certainly should join together, but they need to do this bearing in mind their own interests.  It is wrong to join unions blindly, without much thought.  Tajikistan and Belarus are members of certain economic and political blocs,” Tajik diplomat told Belarusian state-run news agency BelTA in an interview in October last year.

“Countries certainly should join together, but they need to do this bearing in mind their own interests.  It is wrong to join unions blindly, without much thought.  Tajikistan and Belarus are members of certain economic and political blocs,” stressed Qoimdodov stressed.  “There ought to weigh all the pluses and the minuses of our possible entry into this integration union.”

At the same time, he noted that the EAEU member nations were major trading partners of Tajikistan.

The Eurasian Economic Union (EAEU) is an economic union of states located primarily in northern Eurasia.  A treaty aiming for the establishment of the EAEU was signed on May 29, 2014 by the leaders of Belarus, Kazakhstan and Russia, and came into force on January 1, 2015. Treaties aiming for Armenia’s and Kyrgyzstan’s accession to the Eurasian Economic Union were signed on October 9 and December 23, 2014, respectively.  Armenia’s accession treaty came into force on January 2, 2015.  Kyrgyzstan’s accession treaty came into effect on August 6, 2015. It participated in the EAEU from the day of its establishment as an acceding state.