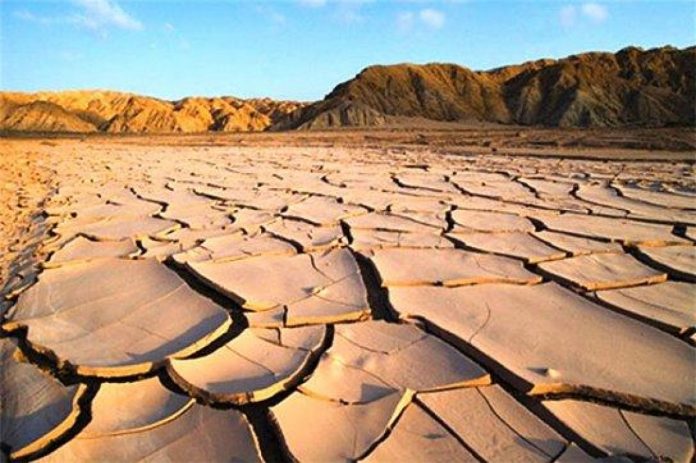 Drought is an ordinary and accepted part of everyday life in Central Asia, but climate change and increasing economic demands pose a growing threat to the region’s water security, making it imperative to shift toward more aggressive drought management policies, according to a new FAO report.

The study of six countries – Kazakhstan, Kyrgyzstan, Tajikistan, Turkey, Turkmenistan and Uzbekistan – is part of an effort to map existing drought-response institutions and enable policy makers to improve on them.

As most of the countries share river basins flowing into the Aral Sea, there is ample scope to address some issues on a regional scale. Until now, that approach has been lacking, though, according to Drought characteristics and management in Central Asia and Turkey.

The report constitutes “a good basis to rethink policies and reformulate preparedness and response plans which can strengthen resilience to droughts in Central Asia, taking into account the social, economic and environmental contexts specific to each country,” Eduardo Mansur, Director of FAO’s Land and Water Division, and Dominique Burgeon, leader of FAO’s strategic programme for resilience building, wrote in the foreword.

FAO is intensifying its campaign to urge policy makers to shift from a strategy of reacting to the impacts of drought, which is often expensive, to one of focusing on drought awareness and early interventions.

Heavy snows, hot summers
The Central Asian nations are home to 65 million people living in a region dominated by steppes and desert surrounded by high mountain ranges. Snowmelt, delivered by rivers, provides the majority of moisture. Summers are hot and dry.

Agriculture, mostly irrigated, accounts for around a quarter of GDP in the region and an even higher share of employment. Water security is also critical for hydropower, which provides almost all of the region’s energy needs and is essential for urban households and industry.

A severe and prolonged drought in 2001 – when rainfall was as much as 60 percent below average and river flows dropped by more than a third – took a heavy toll on the region, triggering malnutrition and increasing poverty rates as some rural households lost up to 80 percent of their income.

The countries have large regional variations, with rainfall ranging from 150 millimetres a year to ten times as much. However, climate change is expected to affect them all in similar ways, most notably by reducing glaciers and mountain snowpack and consequently reducing river flows.

Pastoralist zones are home to the strongest traditional drought mitigation strategies, which include tenure reciprocity, strategic small-scale water infrastructure along routes of transhumance, and various kin-based credit and insurance schemes. In Tajikistan, land users are increasingly reviving such systems. At the same time, in some countries Soviet-era centralized water infrastructures have been broken up as their new private owners lack the resources or institutional framework to maintain them.

While FAO offered tailored advice for each country, shared themes were the need for more effective early warning systems, access to appropriate crops, insurance schemes, and initiatives to combat soil salinization, a problem particularly in Kazakhstan. Regional collaboration should recognize the importance of making joint use of transboundary water resources.

Turkey is well placed to improve strategy
Turkey, a neighbour with close linguistic ties to Central Asia, has many similar drought issues, posing significant threats to the agricultural sector that employs more than a quarter of the country’s workforce.

Annual rainfall in parts of Central Anatolia – an important wheat production area – is only about one-tenth that of areas along the Black Sea, and droughts typically occur more than once every four years.

The economy is well-positioned to structure sustainable initiatives, the report observes. The Turkish Agricultural Drought Action Plan has outlined concrete priorities including decentralizing decision making when possible and boosting the efficiency of surface irrigation. There is also scope for expanding pressurized irrigation schemes in the country as sprinkling and drip technologies are used on around six percent of irrigated lands. Another prospect is to tackle the illegal wells that have triggered substantial drops in groundwater levels over the past 10 years in some areas.

The study was conducted in collaboration with the Robert B. Daugherty Water for Food Institute of the University of Nebraska-Lincoln.